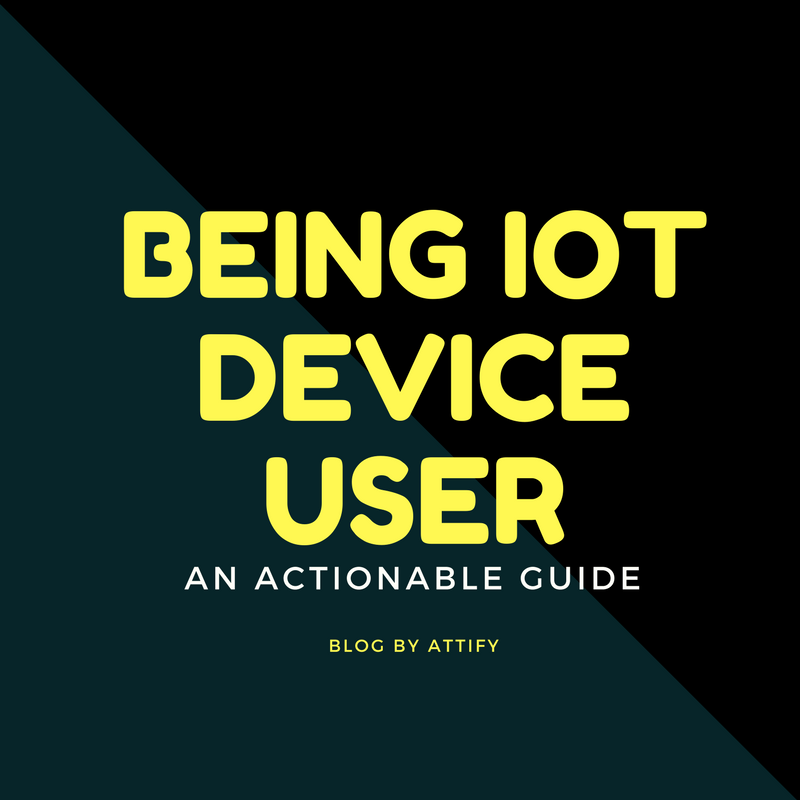 If you are an IoT device user, chances are that your device is riddled with numerous security issues. This post teaches you on how to stay secure if you are an end consumer with the love of Internet of Things devices, and how you can use them without compromising on the IoT security.

Internet of Things or so-called “Smart Devices” is the talk of the tech town currently. Every single month, 100s of new devices are being released with none or improper security protections in place.

Why IoT Security is non-existent?

The primary reason for the insecurity for these IoT devices is the lack of awareness, meaning the developers and smart device manufacturers don’t know how to make devices secure from vulnerabilities. Also, adding to it, the fact that the manufacturers often lack the bigger picture which is required to understand the security issues in an IoT device.

Another common misconception which we have seen through our interactions with the IoT developers and manufacturers is that most of the people still think of IoT security being only about the security of devices. However, if you actually understand IoT, you would realize that it is a combination of various different components which comprise an IoT ecosystem.

These IoT Components are:

So when you perform IoT security, ensure that you look at the entire ecosystem rather just a single smart device. Let’s dig a bit deeper into each of the above components:

The above are just a few examples of the vulnerabilities and security issues you will find in the Internet of Things devices. It is the little pieces being secure and with secured interaction between them, which comprises the 360 degrees Internet of Things Security. With this blog post, my aim is to give you an overall perspective of how you could start building more secure IoT devices and have a discussion with your team and revisit the insecure devices that you have built in the past. This will also serve as a guide for the end-users or consumers who actually use these devices.

What to do for IoT Security as a consumer

Now, let’s pause for a moment and think of how we as a consumer would decide from a security perspective if we are evaluating various IoT solutions which we want to buy. As a consumer, we think of IoT devices from a mere functionality perspective and say – Okay, this is a smart thermometer or this a smart bottle and will serve this purpose in my day to day life.

True, the understanding is limited but how you can apply the knowledge to understand the security of devices you are going to buy is critical. In case you have a bit of technical understanding, you can check out some of the other technical posts we have written on the topic of IoT Security:

Let’s now have a look at some actionable tactics and pointers which you can start using immediately in order to have a secure smart environment around you. Below are the 5 points which will ensure that your smart device is not easily vulnerable to malicious hacker attacks:

Overall, Smart IoT Devices are one of the biggest advancement in technology and is pushing the entire humankind forward. At the same time, it is important that we don’t let these technical advancements and new IoT devices create an insecure future where our privacy is non-existent.

If you want to learn more about IoT Security and how to hack/defend these devices, you can join one of our upcoming training here or** get the learning kit to learn** IoT Security all by yourself.